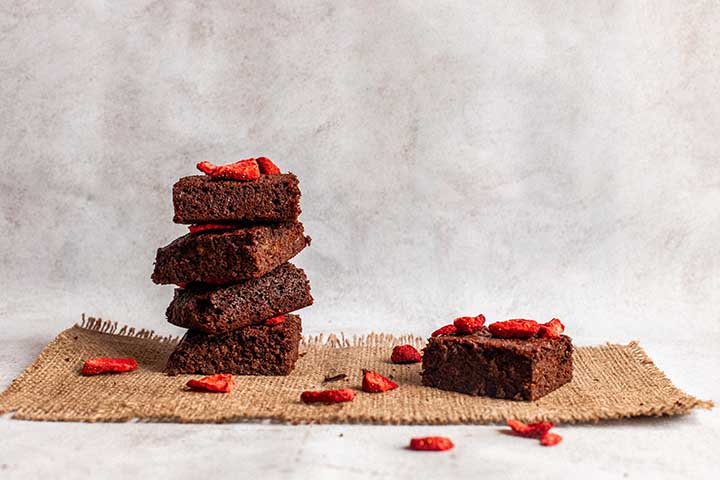 It seems a simple thing, cutting brownies, but there are actually a few things that you can consider that will help you get the best possible brownies available.

The best textures, flavors, and cuts can all be affected by super simple things, so check out the info below if you’re new to making brownies and want to know all the tricks.

When Should You Cut Brownies?

For the absolute best results, you’ll want to cut brownies after they have cooled completely. Why? Because if they’re still hot or warm when they’re cut, they’ll “tear” at the edges and will look jagged and a bit wonky. If you don’t care about looks, though, you can cut brownies any time after they come out of the oven.

When Is the Perfect Time to Cut Brownies?

Those tasty chocolate treats have just come out of the oven. It’s tempting to cut them right away and snatch a bite!

But unless you’re making brownies and serving them right now with ice cream, you’ll want to hold off on cutting them.

You see, when brownies are hot, they don’t cut very well. They’ll turn out jagged and funky looking. They’ll taste the same, though, so ultimately, it’s your call.

Typically, it takes brownies about 30 to 45 minutes to cool enough for cutting after being removed from the oven. Once they’ve hit this point, they’re cool to the touch and ready to cut.

If you’re planning to ice your brownies, though, you’ll want to let them cool off completely, else, the icing will melt!

For a complete cooling off, I typically let my brownies cool on the counter for 4 hours, or I pop them in the fridge for 2.

How Long to Let Brownies Cool for Different Textures

Brownies can be firm, gooey, or somewhere in between – and how you get them this way is based on how long you bake them and how long you cool them before cutting.

Can I Bake Brownies in a Glass Pan?

Typically, I would always say bake it in glass! But brownies are kind of special.

Brownies are best baked in dark pans (typically metal or dark ceramic), as the dark surface helps to thoroughly bake the brownies and prevent them from coming out gooey.

Do You Cut Brownies Hot or Cold?

Technically speaking, you can cut brownies either way. But for a clean cut, you’ll want them to cool off first.

Why Do Brownies Need to Cool Before Cutting?

The biggest thing most folks notice if they cut brownies before they cool is that they have jagged edges and look less attractive.

Cutting brownies after they cool also helps develop the flavor better. It’s sort of like letting a teabag steep longer for a richer flavor. The longer they “bake” in the pan on the counter, the richer the flavor.

What’s the Minimum Time You Can Wait to Cut Brownies?

If I’m baking brownies to serve a la mode, I give them about 10 minutes to cool before I start cutting.

This keeps them warm enough to still melt that sweet, creamy topping while preventing them from coming completely apart.

Ideally, I’d recommend more like 15 to 20 minutes for best results for warm brownies.

How to Speed Up Cooling for Brownies

If you’re just dying to get at those brownies faster, grab some aluminum foil.

Additionally, you can completely wrap the brownies in foil (twice) and place them in the fridge for an hour to cool.

Be sure not to place the pan against any other foods in the fridge to avoid melting plastic or partially cooking unprepared foods.

When and How to Cut Warm Brownies?

When I cut warm brownies, I use this method.

There are a few specific things to keep in mind for best results while brownies cool.

Can I Let Brownies Cool Overnight Before Cutting?

I let brownies cool overnight all the time! Just cover them with foil to keep dust, insects, pets, kids, and partners out of them!

Can I Freeze the Brownies Before Cutting?

Yes! You can absolutely freeze brownies. I love making a batch and stashing some away for later so I don’t eat the whole pan in two days!

After they have cooled, they can be removed from the pan and frozen. Be sure to completely wrap them and protect them from freezer burn in airtight containers or zipper bags, though.

If you want to freeze them while they’re still warm, though, you’ll need to cover them completely in the pan with an airtight cover on and stick them in.

Avoid putting hot items on top of already frozen items, though, else they’ll partially or fully melt the other item, which will cause freezer burn.

Will Brownies Harden as They Cool?

Thankfully, brownies don’t harden as they cool unless you put them in the freezer.

Instead, they become firm enough that you can pick them up and eat them by hand instead of needing utensils.