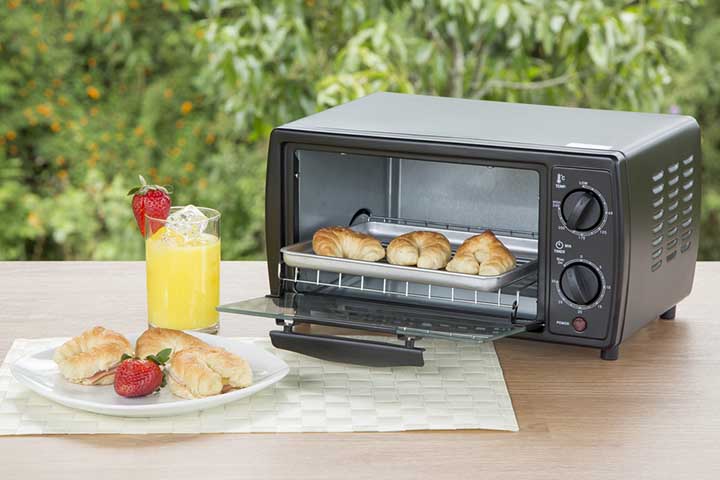 If you’re thinking about buying a toaster oven, you might be wondering if it really could replace a conventional oven (and when) and if that would be a good choice for your household.

Since I’m a cookbook creator many times over, I can give you some thoughts on who should think about this option, when it makes sense, and related topics. I hope my insight can help you make the decision.

Can You Replace Your Standard Oven with a Toaster Oven?

Toaster ovens are not the same thing as a conventional or standard oven, so technically speaking, no, you cannot replace your standard oven with a toaster oven. However, there are some situations when you can (and maybe should) consider doing this. I’ll talk about this below.

Is a Toaster Oven The Same as a Regular Oven?

Toaster ovens and conventional (standard) ovens are not the same things.

A conventional oven is a large unit that’s installed in an apartment, house, or other living quarters. A toaster oven is a much more compact version of an oven that usually rests on a countertop or tabletop.

They do both function about the same way but depending on the type of oven versus the type of toaster oven, they may not function as efficiently as one another.

As you can see, there are both minor and major differences that can affect the benefits of a conventional oven or a toaster oven.

When Should You Consider Replacing a Standard Oven with a Toaster Oven?

If you live in a tiny house, a studio apartment, or live solo (or possibly as a couple who doesn’t entertain that often), you could probably get away with having a toaster oven a bit more easily than a standard oven.

That is unless, of course, you have no counter space to spare. A toaster oven takes up quite a bit of countertop real estate.

If, on the other hand, you have plenty of room and/or you like to entertain, I would not recommend replacing your conventional oven with a toaster oven.

Toaster ovens take longer to cook things in most cases, and they cannot cook as much food at once as a standard oven. (E.g., no turkey in the toaster oven unless you’re just doing a couple of legs!)

Basically, everything can be done in a toaster oven as a standard oven, though it will take longer to cook in most cases.

Conventional ovens have a much larger interior volume for cooking foods, so the primary thing that a toaster oven cannot match a standard oven in is volume.

What Are the Pros and Cons of a Toaster Oven?

As with all things in life, toaster ovens have both pros and cons.

If you don’t need to cook large meals at once and don’t mind losing a bit of counter space, I would say that a high-end toaster oven can definitely replace a standard oven.

You can cook the same things (in smaller portions, at least!) as you can in a standard oven, they cost significantly less if you need to replace a broken standard oven, and they are convenient for small batch cooking.

Cooking in Toaster Oven Versus a Regular Oven

Cooking in a toaster oven is pretty much the same as in a regular oven, except you’ll likely need to cook things longer.

For example, baking a dozen biscuits in a standard oven will take between 12 and 15 minutes. The same batch of twelve would take closer to 20 to 25 minutes in a toaster oven.

The primary reason for this is that toaster ovens aren’t as good at evenly distributing the heat inside.

The only potentially noticeable difference in flavor is because a toaster oven doesn’t bake as evenly as a standard oven. This means certain parts of the food may be slightly more cooked than others.