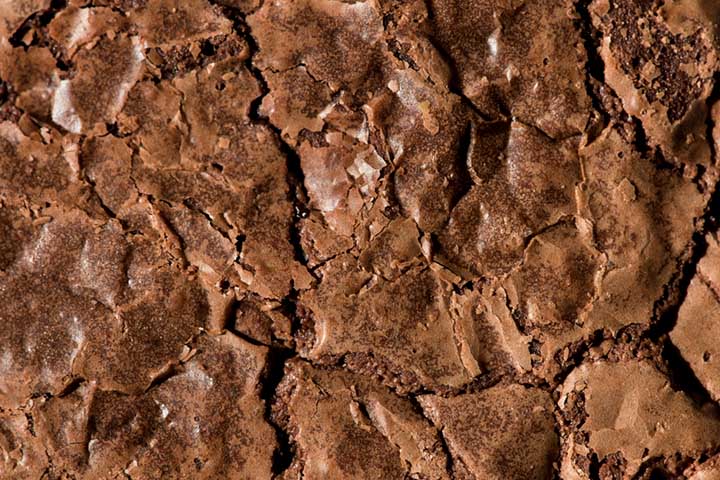 Brownies are one of those amazing desserts that practically every person on the planet loves if they just get to try them. They’re gooey (or firm), delicious, and oh, so chocolatey!

But how do you bake the perfect brownie? Is a cracked top sign of properly made brownies or a sign of overcooking them? What can you do about it?

Why Do Brownies Crack When You Bake Them?

Most brownies will have at least some cracks simply because of the ingredients they’re made of. However, there are several reasons you might have a lot of cracks, including overbeating the mix or the wrong baking time. Check the answers below for more details.

What Makes Brownies Crack or Not Crack on Top?

Practically every pan of brownies I’ve ever made (and that’s been a lot as a cookbook author!) has had at least a few cracks on top. This is totally normal.

But there are certain things I’ve done that made a lot more cracks than I would have liked – especially for brownies I was planning to frost!

The more persistent issue for me is a tendency to overbeat the brownie batter mix. I love to get in there and churn it up until it’s smooth and tempting. But sometimes, I overdo it, and this creates cracks when they bake.

The reason this creates the cracks is that beating adds air bubbles to the mix. The more air bubbles (i.e., the more you beat the mix!), the more cracks develop when the air bubbles pop while baking.

Occasionally, I overbake the brownies, which also creates a bunch of cracks.

I can usually tell the difference between the two issues by how firm or dry the brownies are. If they’re moist still, I overbeat the mixture. If they’re dry, I overbaked them.

Thankfully, cracked tops aren’t a big deal, and they don’t mean the brownies won’t taste just as good. They just might need a little less cooling time if I’m going to frost them with chocolate icing.

How Do I Stop My Brownies From Cracking on Top?

There are two primary ways to keep yourself from getting lots of crackly tops on your brownies.

Follow the directions precisely on how long you beat the mixture. Overbeating them will produce more cracks.

Be sure to follow the cooking times closely. Start with the lowest figure in the range (e.g., if the recipe says to bake for 25 to 35 minutes, 25 minutes is the lowest) and set the timer for that.

Check the brownies with a toothpick when the timer goes off and see how they’re doing.

Keep checking every 3 to 5 minutes until the toothpick comes out dry or clean. If the top starts cracking, remove the brownies.

If Brownies Crack on Top, Does That Mean They’re Overdone?

As I’ve mentioned above, there are two main reasons brownies come out cracked on top. One reason is definitely that it could be you’re overcooking your brownies.

If the brownies are dryer than you’d like and have lots of cracks on top, the chances are high that you’re baking them too long.

Absolutely not! Some people actually prefer cracked tops on their brownies. The cracks add texture that some brownies don’t have.

Ideally, aim for the overbeating method for this, though, to avoid drying out the sweet treat.

So, as I mentioned above, a lot of cracks might mean less cooling time for brownies before icing them.

The reason I say this is that if the brownies are dry, I use this trick to help moisten them and make them even more delicious.

While the brownies are still cooling (about 1 hour), I put the first layer of chocolate frosting on the brownies.

The frosting seeps into the brownies and helps to moisten them, and enrichens the baked good all the more!

Then, when the brownies are completely cool (about 4 hours), I add the rest of the icing to top them off.